Resources and Advice for Writers

Writing a Fantasy Novel as a Beginner Writer 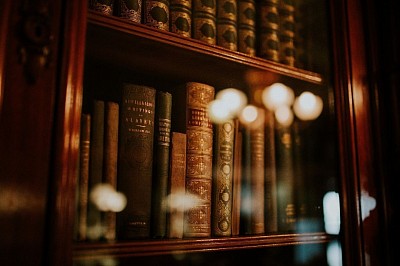 Fantasy is one of the most versatile genres in novel book writing, with its advanced breakdown of culture, economics, religion, and politics, it allows readers to get deeply immersed in a world created without the consequence of the real world, but carrying the beauty and relatability that is seen in our world.

This is what makes fantasy novels, so intriguing for readers and it makes fantasy as a genre one of the most popular in the novel publishing industry.

The world-building aspect of fantasy is what appeals to most people. And when done well it can be the best part of a novel for a reader. Well, we are going to talk about the basic pitfalls that prevent fantasy writers from truly exploring the extent of the fantasy genre.

So let's start with the things to avoid in fantasy novel writing.

Most fantasy books start with a premise that is usually a high-concept idea. It will be a relatively interesting idea for sure and all the writer wants to do now is just put some characters into the world, create the world, and there you go you have a hit fantasy novel!

Of course, they will, but that is harder to communicate to a prospective customer. The easiest thing to communicate is the concept.  This is why the best concepts can be boiled down to one sentence. While describing the world or characters the fantasy story is taking place in takes a lot more words to communicate.

So a concept is great to make your story distinctly different from other stories out there, it's going to become your main selling point in differentiating your book.

That being said it's not a story. The concept is what you will write the story about or surrounding.

The story of any novel is about the characters and how they interact with the world around them and the decisions they make.

Now, let's talk about the characters. The characters of a fantasy novel are important, because they're the ones that interact with the world in that fantasy novel. When some people write a fantasy novel they usually create the world first and nothing is wrong with this, but one of the worst mistakes you can make is when you focus on the world, but you don't figure out how that world and how your characters are going to work together.

That is what a reader wants to see, the interactions, emotions, conflicts, and viewpoints of the character regarding the world around them.

Try your best not to do this. There will be some times when you're going to have to tell the reader things, but those are in sparse situations when you need to communicate something very quickly. Preferably, you should allow the character to interact with the fantasy world and show the reader what this fantasy world is about.

This immerses your reader in your story and it's way more satisfying and enjoyable for that reader.

Once you understand these things then your story will reach new heights, so to recap a concept is not a story, a concept is the selling point of the story. It is essentially what makes your fantasy world interesting, this is what you're going to use when you're writing your blurb or book description.

Allow them to shine and your fantasy world will shine brighter as a result.

A Jamaican writer that is proficient in building worlds, plots, and characters for novels, mangas, graphic novel, and screenplays.

You can check out his ghostwriting services on Fiverr, contact him through Linkedin, or by email at davidcs35@yahoo.com.

This site uses cookies to offer you a better browsing experience.
You can accept them all, or choose the kinds of cookies you are happy to allow.
Privacy settings
Choose which cookies you wish to allow while you browse this website. Please note that some cookies cannot be turned off, because without them the website would not function.
Essential
To prevent spam this site uses Google Recaptcha in its contact forms.

This site may also use cookies for ecommerce and payment systems which are essential for the website to function properly.

Google Services
This site uses cookies from Google to access data such as the pages you visit and your IP address. Google services on this website may include:

Data Driven
This site may use AddThis:
- AddThis is a social widget which collects and shares user behavior with third parties.